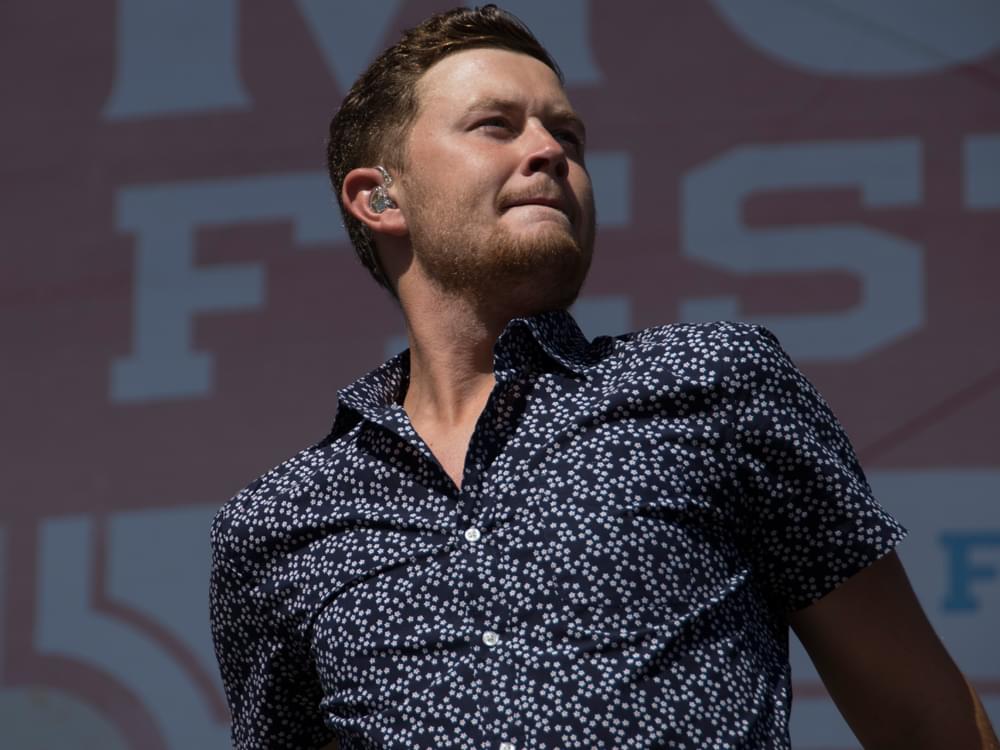 Scotty McCreery dropped a new video for his current single, “In Between.” Directed by Jeff Ray, the new clip showcases Scotty’s multifaceted persona, from his energetic performances onstage to quiet moments at home with wife Gabi and dog Moose. The video also includes footage from Scotty and Gabi’s honeymoon in Bora Bora in 2018, as well as Scotty hanging with friends, playing golf and more.

Penned by Scotty, Frank Rogers, Jessi Alexander and Jonathan Singleton, “In Between” follows previous No. 1 singles “Five More Minutes” and “This Is It.” All three songs are from Scotty’s 2018 album, Seasons Change.

“‘In Between’ is a song that kinda talks about where I was at in life when I was writing it,” says Scotty to NCD. “I feel like a lot of folks can relate to it.”

With lyrics like “I’m in between / Friday night wild / And quiet Sunday morning / Between / Done after one / And keep on pouring / Ain’t too high / Ain’t too low / Just holding down the middle / I’m steady as I go,” the tune conjures up references to those years in your early 20s when many people are trying to transition from their teenage years to the full-fledged responsibilities of adulthood.