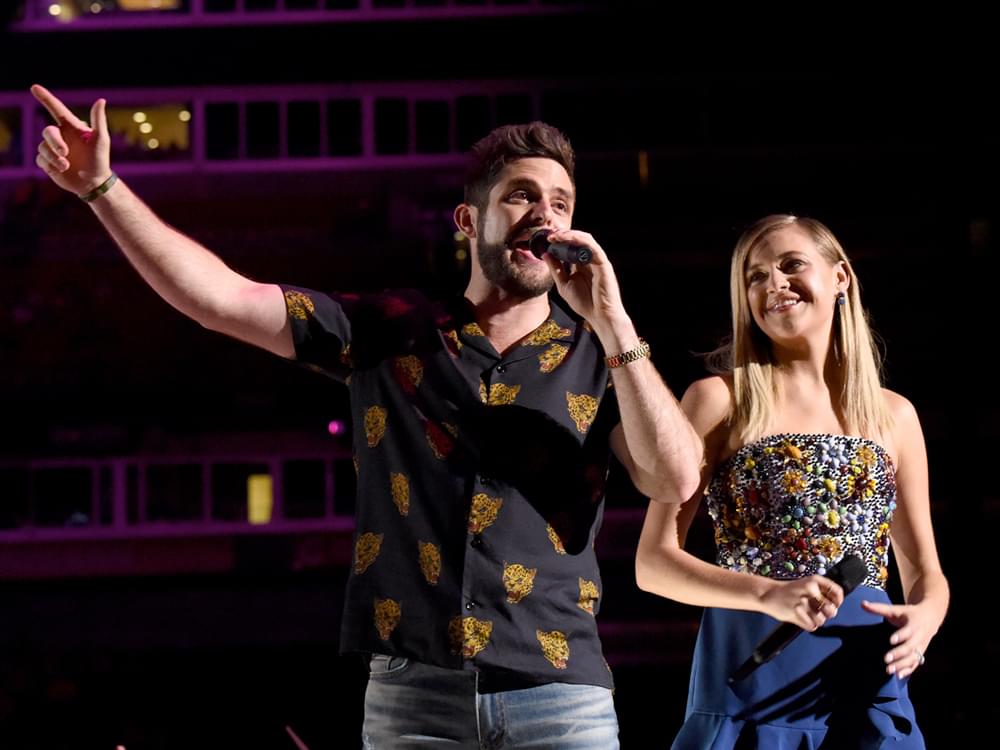 After 12 years as the co-host of the CMA Awards—11 with Brad Paisley—Carrie Underwood revealed via Instagram on Dec. 31 that “it’s time to pass the hosting torch” in 2020.

Carrie’s unexpected announcement has spawned lots of chatter regarding who the heir apparent(s) to the hosting throne will be in 2020. While there is plenty of time for the Country Music Association to make a decision before the show in November 2020, two front-runners spring to mind—Thomas Rhett and Kelsea Ballerini—and here are three reasons why.

✓ Star Power: TR, 29, and Kelsea, 26, are young, established stars with 19 collective No. 1 hits under their belts. The prospect that they could co-host the show for multiple years—like Brad and Carrie—is a definite plus.

✓ CMA Love: Over the past six years, TR (14) and Kelsea (7) have been nominated for 21 collective CMA Awards, with TR winning two. Kelsea and TR have been constants at the show during this time by performing, presenting and walking the red carpet.