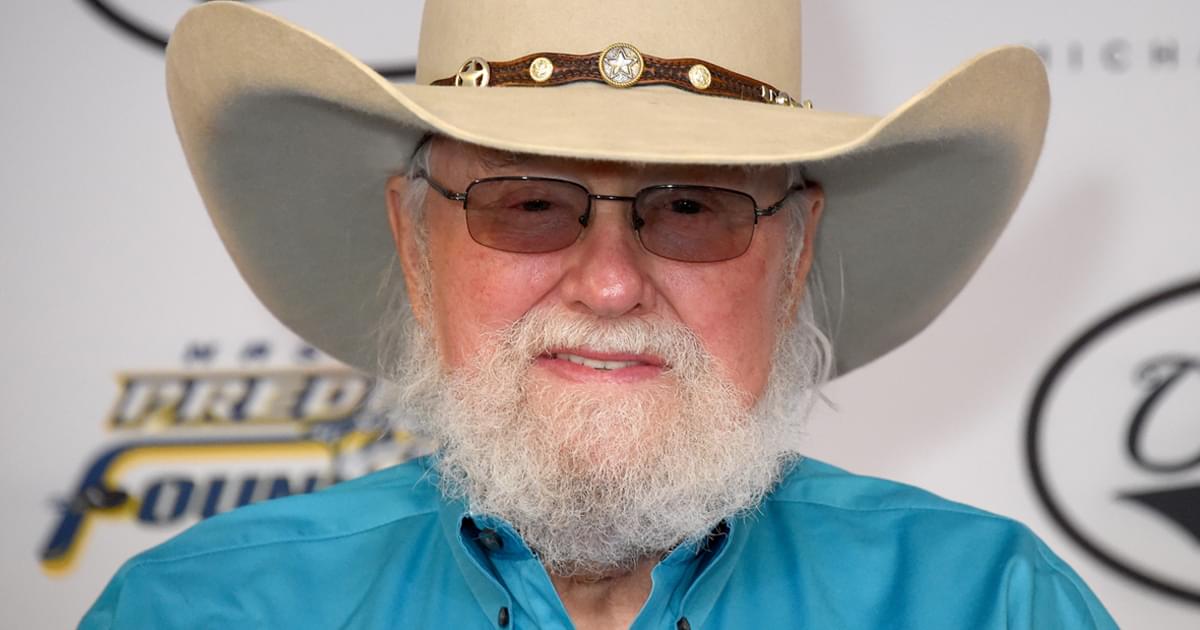 Charlie Daniels Jr. shared an account of his father’s final hours in a blog via charliedaniels.com on July 11, the day after the Country Music Hall of Fame member’s funeral service.

Charlie Daniels passed away on July 6 at age 83 after suffering a stroke at his home.

According to Charlie Jr.’s account, his father was prescribed blood-thinning medication after a stroke in 2010. However, the medication likely contributed to Charlie’s death during his stroke on July 6: “He was prescribed a blood thinner as part of his treatment, and it probably kept him from having another stroke for 10 years, that and his pacemaker and in December of 2018 he had cardiac catheter ablation surgery to improve his heart rhythm, which increased his energy even more. But unfortunately, the blood thinner is what did him in this time. Because his blood wasn’t clotting, the blood kept pouring into his brain stem.”

Over the course of his 60-plus-year career, Charlie received numerous accolades, including induction into the Country Music Hall of Fame (2016) and the Musicians Hall of Fame (2009), as well as becoming a member of the Grand Ole Opry (2008). As the fiddle-playing frontman of the Charlie Daniels Band, Charlie scored a number of Top 20 singles, including “Drinkin’ My Baby Goodbye,” “Boogie Woogie Fiddle Country Blues,” “In America,” and “The Devil Went Down to Georgia,” which topped the charts in 1979.

Charlie leaves behind his wife of 55 years, Hazel, and their son, Charlie Daniels, Jr.

I think it goes without saying, that this has been the worst week of my life, bar none. The man I’ve known for 55 years, who, along with my mom, have always been there for me is gone.

I know he’s only gone in the physical sense, I have no doubt that at 9:52 AM on Monday morning on July 6th, dad heard “Well done, my good and faithful servant,” and I know that I will see him again.

The emotional roller coaster this week has been overwhelming. It started at 5:45 AM when mom called me crying and said that I needed to get up to their house right now, that dad was sick. My first thoughts were that somehow – despite not having hugged my parents in over 4 months, and any time I had to be in close proximity to them I was masked – dad had gotten infected with COVID-19.

I quickly drove up to the house and found mom and dad on the upstairs porch and dad was slumped over in his chair, I asked him if he could breathe, he nodded and tried to say yes, but it was obvious that he was very weak.

I called 911, and while I was on with them, mom called dad’s cardiologist and rather than COVID-19, he told mom that he thought he was having a stroke which I relayed to the 911 operator.

The EMTs arrived and got him to the ambulance, and mom stayed at the house, there was some confusion about if we could ride in the back, or not, and I just wanted to be able to get out and get anything if dad needed it.

Dad’s longtime manager, David Corlew, met me at the gate, and he followed me as I hugged the bumper of the ambulance all the way to Summit Medical Center in Hermitage.

We arrived and then someone came out to talk with David and I about dad’s condition.

It wasn’t good. He told us that dad had a massive stroke, and that because of the blood thinner he was on he wasn’t clotting.

Dad had a stroke in 2010 while snowmobiling in Colorado, but made an almost complete recovery, with just a little lingering neuropathy in his fingers on his left hand. But he was still able to perform over 100 dates a year.

He was a machine. I’ve always said that I hope I have half of his energy when I get to be his age.
But back to the present.

He was prescribed a blood thinner as part of his treatment, and it probably kept him from having another stroke for 10 years, that and his pacemaker and in December of 2018 he had cardiac catheter ablation surgery to improve his heart rhythm, which increased his energy even more.

But unfortunately, the blood thinner is what did him in this time. Because his blood wasn’t clotting, the blood kept pouring into his brain stem.

We asked if there was anything, ANYTHING that could be done. He said they could try to reverse the effects of the blood thinner and see if they could stop the bleeding.

But by the time the meds kicked in, they weren’t getting any brain activity.

Mom had already been summoned, and we said our goodbyes.

He was the strongest man I’ve ever known. The best father, the best boss, the best friend I could ever ask for.

My mom and I miss him terribly.

I will share some more of my thoughts of the past week in a couple of days, but I just had to get write some of them down right now.